tl;dr: We recently raised 1,5M euros from LocalGlobe, Seedcamp, Kima & Tiny.vc. This funding will allow us to focus on building a community of early adopters & contributors around our open search engine MeiliSearch.

We are still at the very beginning of our open source adventure and we are thrilled to see that more and more people believe in this project. This is our first fundraise and it means the world for the Meili team 🎉

Meili SAS (the company) was created in November of 2018 with the idea of building an alternative to existing search engine APIs like Algolia. After some successes and failures as a team and company, we decided to raise some money to keep focus on building MeiliSearch and its ecosystem.

We believe that an exceptionalsearch experience on websites and applications should be the norm, not an exclusive feature. Thus we are building the most straightforward technology for developers to offer state-of-the-art search to their users, scaling from the tiniest of operations all the way up to enterprise.

How we got there

MeiliSearch has been open source since the earliest days of its development. As developers, we made our project accessible on GitHub from day one but without the idea of being an "open source company". First and foremost we set out to make a simpler alternative to Algolia for smaller businesses who needed something more developer-friendly and affordable.

After describing our project to many developers, we quickly realize that one of the main differences from Algolia was that MeiliSearch is open source. Still we weren't using open source as a force.

In late 2019, after some substantial discussion within the team, we decided to fully commit to orienting the business around open source. We could not quietly bootstrap anymore since we decided to build a community around our project to get feedback and contributions from external developers.

We wrote our Beta release blog post for MeiliSearch in November of 2019. Since then we have been working hard at making MeiliSearch the new obvious choice for developers when it comes to building a search box.

Charlotte, who joined us in August of 2019, did an incredible job of directing the writing and making of our documentation while Clémentine, who joined us one month later, took charge of developing the SDKs and integrations to ease the use of MeiliSearch.

In late 2019 we began to meet with investors because we knew we wouldn't be able to develop the business without help from industry veterans.

The first key meeting that we had was with Alexis from Kima who helped us make our pitch understandable to VCs. Alexis was presented to us as THE investor who understand tech in Paris. Not only did he understood what we wanted to build, he also did an amazing job at introing us to relevant funds regarding our stage & business 😁

Then from meeting to meeting we met the different persons we are now working with: Mish & Louis from LocalGlobe as lead investor, Sia from SeedCamp, Alexis from Kima & Philipp from Tiny.vc.

The deal we made with the VCs is that we develop the community and the usage around MeiliSearch while we better understand the use-cases of our search engine. From there we will be able to generate revenue. Our business plan is publicly available as a iteratively developed document.

We made an open roadmap and we will publish more roadmap communications in the coming weeks to get better feedback on what developers need in a search engine API.

There are some features that we know we need to build in order to be competitive as a search engine backend (basic analytics and authorization system 🚧) that are already planned. We are also discussing with developers & companies to gain more insight on features that should be game-changers in the enterprise search industry!

All of this work around MeiliSearch would not make any sense if MeiliSearch is not used. To ease the integration of MeiliSearch we are building different SDKs in different languages and improving our documentation every week.

We want anyone to be able to integrate MeiliSearch in any common programming environment in less than 5 minutes. Today, with our most mature front- and back-end libraries you should be able to setup a proof-of-concept in less than an hour. We are hard at work shaving off those remaining 55 minutes to get where we want to be.

As we learn to build a commercial open source software company, we are thriving for transparency on everything we do. To raise awareness around open source sustainability, Erlend is publishing a podcast called Value in Open. We already have our first episode released, and the second one should follow shortly 😁

We are delighted and excited about the future of MeiliSearch 😁 if you want to reach us for anything, please feel free to do so! 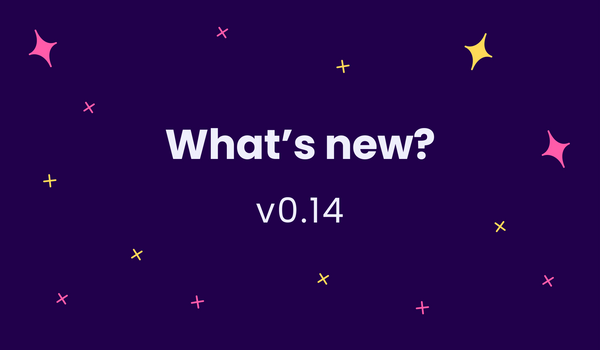 This month, we are glad to announce our latest feature: snapshotting 📸. It is now possible to create and restore MeiliSearch from snapshots and schedule snapshot creation at custom intervals. Thanks 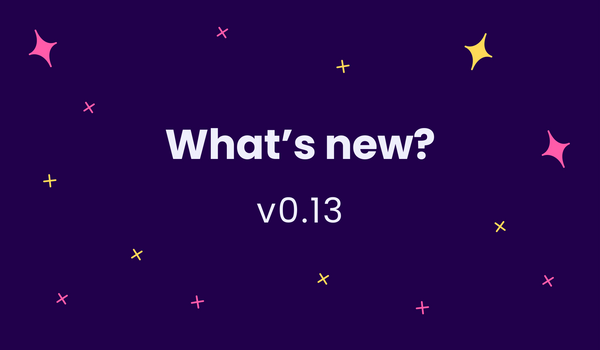 Announcing MeiliSearch v0.13.0 Meilisearch v0.13.0 introduces a bunch of new features and changes. Bugs have been fixed and some behavior have changed for more consistency, here