Hi 🙂 I’m Morgane, the HR Manager at Meilisearch, a search engine startup based in France. I joined Meilisearch because I was inspired by the founders’ vision of how they wanted to treat the people working with them. Before that, I worked for several medium to large-sized startups, but struggled with company cultures that glorified their founders and profits at the cost of fostering burnout. When I started working at Meilisearch, I was actually relieved: here were the creators of a tech startup using words like “people” and “fairness” before they ever mentioned “profit” or “IPO.”

As the HR manager at a young startup, one of the first projects on my to-do list was to solve the salary problem. We had heard about salary grids being used to solve similar problems, as well as something called a career framework that could help us clarify expectations for evolution within the company. We wanted to give all that a try. We did some research and were inspired by Buffer’s solution to implement our own salary grid and career framework.

Two years down the road, I can confidently say this was a wise choice. Using a career framework and salary grid helped us solve specific problems that are faced by most distributed tech teams while also helping us express our company values of fairness and transparency.

Publishing this article is a way for us both to thank Buffer and similar companies for being transparent about their internal structure and to give back in the same way to new companies looking to solve similar problems. Scrolling down, you will read about our philosophy around salaries, current implementation, and potential improvements we’ve identified.

The challenges of compensation for a distributed tech company

Today we are a tech company distributed between Europe, South America, Africa, and the Middle East. As such, here are some of the challenges we are facing:

Developing a salary grid is part of our solution to address issues such as internal retention, external attractiveness, and diversity & inclusion.

The principles behind our salary grid

In January 2021, we implemented a career evolution framework and a salary grid. According to the grid, different teams and jobs are rewarded differently, based on data from Figures. We do regular benchmarking to make sure we stay relevant to the market and show team members we have fairness at heart.

The grid is public, so everyone individually knows where they stand. It’s a good way of avoiding arbitrary negotiations so that the best salary doesn’t always go to the pushiest negotiator. This initiative fits with important parts of our values and culture, such as openness, equality, and transparency.

Regarding location, we chose to offer equal pay for equal work by basing gross salaries on the total cost for Meilisearch. So whether you’re a Product Manager working with us remotely in Cairo or Montreal, the base for calculating your salary will be the same: the only possible difference in your net salary will be the local taxes.

Moreover, with transparency in mind, we are able to show our grid to candidates in order to be completely transparent when we make an offer. We don’t want offers to be based on a candidate’s minimum salary expectation because this can perpetuate existing inequality.

It’s also important for us to specify that our 4-day work-week doesn’t impact salaries. As a Meilisearch employee, you’ll be paid as if you were working five days per week.

Our journey into compensation models

Our first salaries were set on French standards, with what we knew of the industry. A few months later, in an initiative to have a more data-oriented approach, we subscribed to Figures, a salary benchmarking tool that helped us reevaluate all our salaries at the end of 2021 to the top 25%, according to the data at our disposal.

After raising salaries to the top 25%, we thought our troubles were over. However, our salaries were based on European data; this meant that our salaries were insufficient to attract candidates from other parts of the world, and to retain our employees who had gained more experience and become desirable hires. This pushed us last September to reevaluate compensation for Software Engineering and Technical Writing based on an aggregation of data from Figures and a benchmark of salaries announced in job descriptions from tech companies in the US (for instance, the job board from The Pragmatic Engineer).

Most people we have hired and the candidates we interview make it clear they’re interested in the potential of Meilisearch and our company culture above anything else. Having said that, let’s be honest: a large difference in salary can shift the balance of interest pretty quickly. It’s important for us to have a competitive salary grid for our fully remote & distributed team and future hires.

This is what our grid for Software Engineering looks like today:

How is it applied internally?

👉 Our base: the total cost for the company 🌎

Each team member’s salary is calculated according to their total cost for Meilisearch. The total cost for company value is used to calculate a gross salary or contractor fee. We calculate employer costs in each country based on the data provided by Oyster HR, which acts as an intermediary for international contracts.

The gross salary for an employee is then defined by considering employer costs and/or country-specific taxes. Here is a visual example of what this might look like:

Our formula for gross salaries is the following:

Unfortunately, we lack data to automatize calculations for contractor fees. We start from the total cost for the company value, subtract the fees from Oyster HR, and offer a lump sum to the contractor who then handles the rest themselves.

And it never will be. While we do have a solution that we find works well to compensate employees fairly and equally, we’ve identified areas of improvement that we will need to address going forward.

From an ideological standpoint, the evolution of our salary grids has marked a further distance between the salaries of developers and non-developers. Although these roles are not always cut and dry, we can see that software engineering as a skill is being valued very highly in the market. In time, this may create a sense of unwanted inequality. It also reminds us once again how dependent we are on the laws of the current market trends and obliged to react—dare I say obey?—to a senseless overbid on salaries in the tech space.

This market trend causes another problem for us: offering more money to stay relevant to candidates internationally. We know we will need to but are unfortunately limited in our current stage of development.

Finally, we can still improve our data-based approach to compensation. We will need, for instance, clear and relevant data regarding developer advocacy and technical writing jobs. These two fields may be well-known in Anglophone countries but aren’t very developed in Europe, thus making salary information scarce. For this, we are adapting this grid as we go along: meeting candidates and discussing their expectations help us gather insights.

All in all, we know there is more room to grow within this approach. However, we and all companies have leeway to create the future of work as we want to see it. One brick at a time, we’re getting there.

Defining our policy and implementing this grid resulted from hours spent on the internet searching what other companies were doing, many internal discussions, and a few video calls with peers from tech startups.

With this article, I hope to help other businesses reflect on their compensation system. I’m also hoping to spark conversations and share ideas. Feel free to reach out to me if this is something you’re interested in discussing!

Also… we’re hiring 🤩 If you want to join us, here are our open roles:

Many, Rust developer, explains how language integration works in Meilisearch and how to contribute to Charabia, our tokenization library, no matter your experience level. 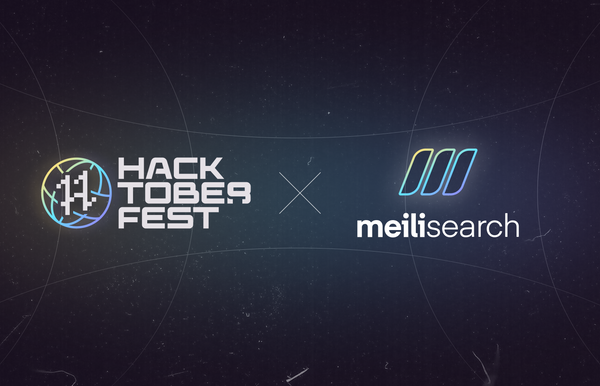 Now that we’re halfway through, we want to update you on: how far we’ve come thanks to our contributors’ efforts, exclusive swag, and common goals!